Experience your magical holiday in the nature of Tenerife

The Nature in Tenerife

Explore a universe of full nature in Tenerife. Explore the natural experiences with your couple or your family during your holiday. Walk through the island. Imagine the spectacular cetaceans sighting or climb up to the peak of Mount Teide, the highest mountain in Spain. 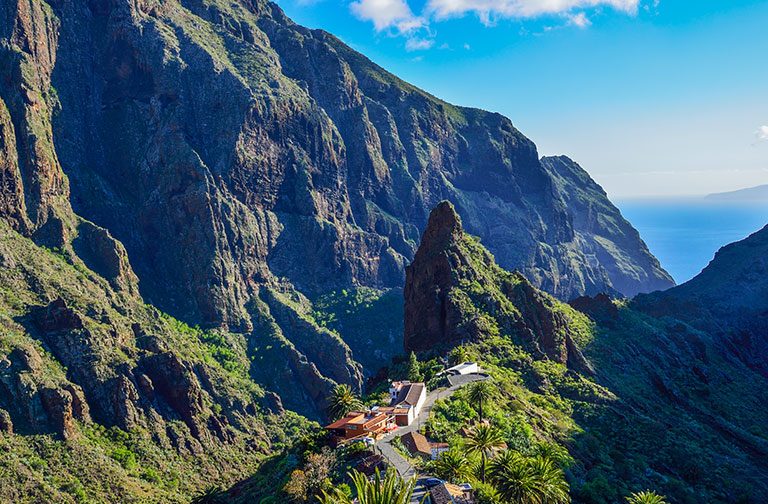 The nature of Tenerife is a unique place in the world. Its volcanic origins, a latitude near the Equator and the trade winds turn this island of little more than 2,000 square kilometres into a magical space. With a natural environment and one of a kind landscapes in the planet.

The natural landscape of Tenerife is so rich and diverse that you can explore different worlds in the same holiday. The island has a national park, a natural park and two rural parks, as well as fully protected and special nature reserves, natural monuments, protected landscapes and scientific interest sites. Up to 43 locations taking half of the territory in which you will experience unforgettable moments.

Imagine walking through 14 spectacular beaches with blue flag, incredible volcanic tubes, an abrupt terrain caused by the volcano and a series of valleys originated by the lava landslides. Tenerife is nature and in Mare Nostrum Resort’s Infocenter, next to the reception of Mediterranean Palace, we help you plan your visit. 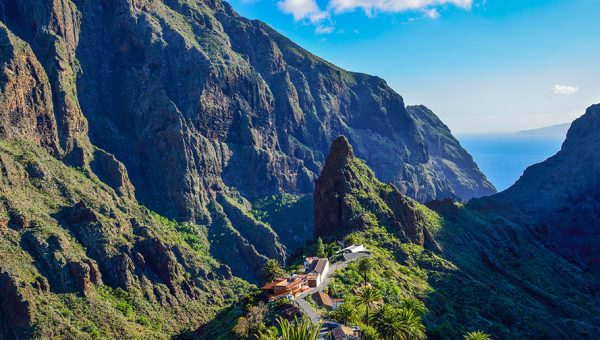 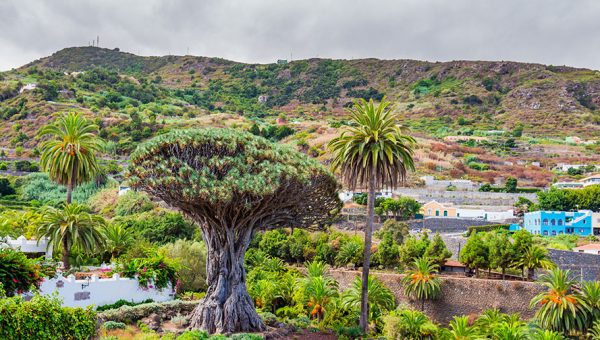 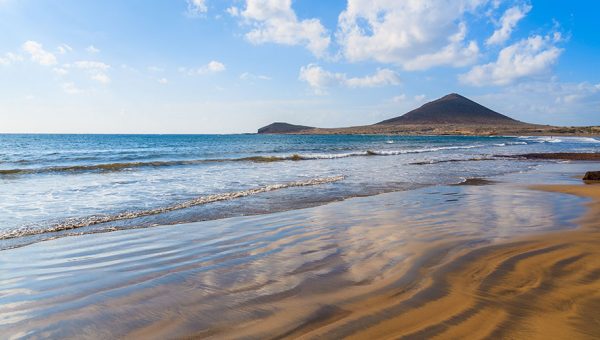 The coast of Tenerife

Between beaches and cliffs

The coast of Tenerife is nature. Imagine a place born from a volcano, with an abrupt and rough line between land and ocean, especially on the north side of the island. Explore with your family, your couple or friends the cliffs, the hills and the 67 kilometres of spectacular beaches where you will spend your great holiday.

In the north coast you will discover boulder beaches or the unforgettable volcanic origin black sand beaches, while in the south coast, near Mare Nostrum Resort, you may walk on thin and light sand before diving into the ocean.

The mountains of Tenerife

Much more than the highest peak of Spain

Mount Teide is the highest peak in the country and it sets Tenerife’s height. From the impressive central building formed by the 3,718 metres altitude of the volcanic cone, to the different massifs spread across the whole orography of the island. Explore an amazing natural landscape during your holiday to remember.

Explore the volcanic relief of Teno massif, in the north-east end of Tenerife’s nature. Discover deep cliffs, basaltic monuments and the rich Canarian vegetation that abruptly ends in the sea, in a territory known as Acantilado de los Gigantes, a series of amazing cliffs that break into the ocean. With slopes of up to 500 metres.

A experience in the nature of Tenerife

Have you ever been among cetaceans? Imagine an experience to remember with your family, friends or couple. Feel the presence of a majestic mammal, listen to the sound of its breathing and observe the sinuous movement of a whale.

The south-west coast of Tenerife is the perfect place for a unique experience: whale sighting. The ships set sail daily from the ports in the area where Mare Nostrum Resort is located (Los Cristianos, Puerto Colón and Los Gigantes). We help you choose this experience in the nature of Tenerife in our Infocenter.

The icon of the nature in Tenerife

Climb up to the peak of the highest mountain in Spain during a family, couples or friends trip. Explore Teide National Park, the biggest in the Canary Islands and a spectacular territory marked by the third biggest volcano in the world from its base in the ocean bed.

Live a magical experience in the purest nature of Tenerife. Imagine a unique landscape with craters, volcanoes and petrified lava rivers surrounding the astonishing silhouette of the volcano. With easy access through a road that crosses the whole park, 2 visitors centres to know all the secrets of the volcano and an endless amount of viewpoints.

Do you have any question?

If you need more information, please contact us. We will be happy to help you.

Booking Hide Search for a Room